Llombai, a wonderful town that belonged to the Borgia family

Today, I want to present you Llombai (Llombay in Spanish language) that is an inland villages of the province of valencia. It has a population around 2,700 and it is located beside the Magro river, so it is surrounded by nature.

Near here, you can find two Natural Local Parks: El Tello and Els Cerros. The first has a surface of 1,065.31 hectare, and the second has the Besori Mountain whose peak is the higest of this region. From here, you will be able to enjoy breathtaking views of the surroundings, for exemple you can see the Albufera Natural Park. Therefore, if you like hiking or mountain biking, in these forests you will discover several trails through which you could come across some shell fossils, remains of ancien farmyards, autocthonous fauna and flora, the Maravillas Caves where you can see stalactites and stalagmites, and the ruins of the Alèdua Castle which lies 4 kilometers from Llombai. 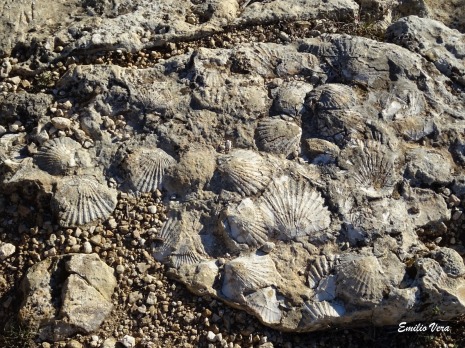 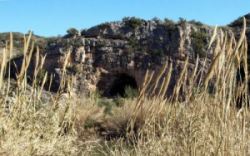 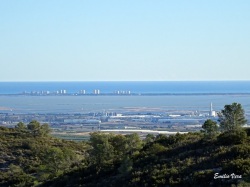 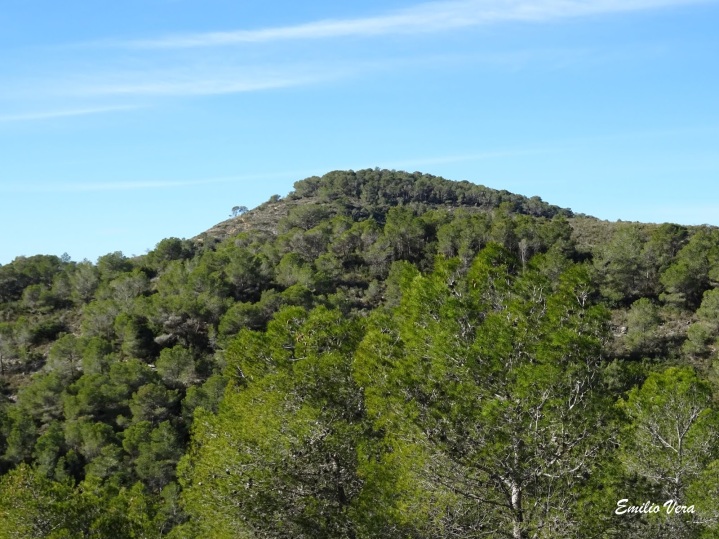 These pictures were extracted from Caminando hacia las alturas and Llombai.es

The origin of the name of this castle is an Arabic word, “al-adwa”, that means river´s edge. It was an ancient Muslim town which was built at the end of the 12th century, and it had arround 100 houses, but the Moriscos were expelled from here in 1609, so the small city was abandoned. Later on, this land was turned into crops area. Nowadays, The Keep and part of the defensive wall are preserved. 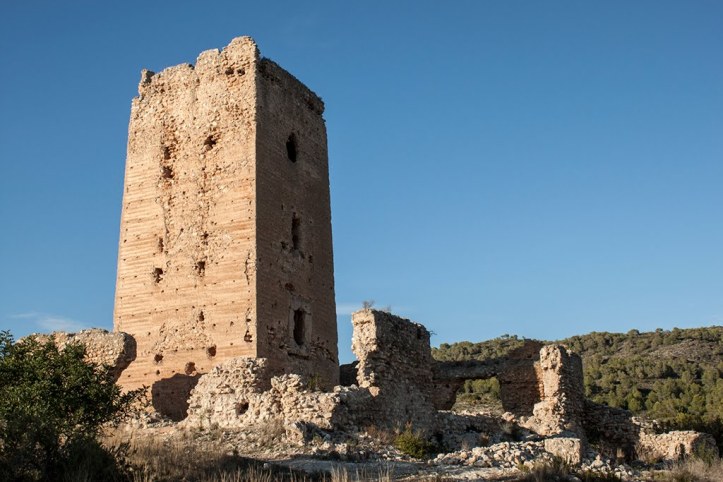 This picture was extracted from Mapio.net

Also, Llombai is a place rich in history. The name derives from the Mozarabic word “lumbuariu” which in turn comes from the Latin word “limbu” that means “lomo” (back). So, its origin is an Islamic farmhpouse. It was conquered by King James I of Aragon in 1238. Later, it was become a barony that included the nearby towns of Aldarp, Aledua and Catadau. It was acquired by Cardinal Rodrigo Borgia in 1484 for his son, Pedro Luís de Borgia who was Pope Alexander VI. In 1530, it was given the status of marquisate by King Charles V, who gave it to his friend Francisco de Borgia, duke of Gandía, as a wedding gift becausse he got married with Elionor de Castro, lady of Empress Isabel of Portugal.

In memory of his marriage, Francisco de Borgia set up a Dominican Convent in 1544, and he was the first Prior. The friars stayed here until 1835. The Santa Cruz Church, the ancient Gothic church, was integrated in this new architectural complex. The original temple was establishes by Bishop Ramón Gastó in 1329 and it was dedicated to the Saints Johns, but nowadays The Virgin of Rosary is venerated in this sacred place. This building consists of a single nave and has chapels between the buttresses. Later on, this church was updated in the Baroque style and Churrigueresque ornaments in the 17th century. Inside, you can find several pieces of artork, such as the image of the Virgin of the Rosary and the Lignum Crucis (a piece of wood from the Cross of Christ) given by Francisco de Borja. Also, you can see a large painting where it is represented the Saints Johns which is attributed to the school of Joan de Joanes (it was an important school of painters in Valencia), and in the chorus you can find a fresco dedicated to Santo Domingo de Guzmán among many other pieces of art. In addition, there is a silver reliquary of Saint Francisco de Borgia of the 18th century, this person was canonised in 1671, for this reason the Chapel of Communion was built, which has a Greek cross floor that is covered by a dome over pendentives where the four Evangelists are represented.

In the western part of church, the Mannerist cloister is preserved, and it is formed by two floors with semi-circular arches on pilasters. Many well-known theologians and preacher such as Juan de Ribera, San Luís Beltrán or the Blessed Juan Micó were here, among many others. On the southeast side of the cloister is the bell tower, which consists of a square floor with two levels and is crowned by a small glazed ceramic cupola. 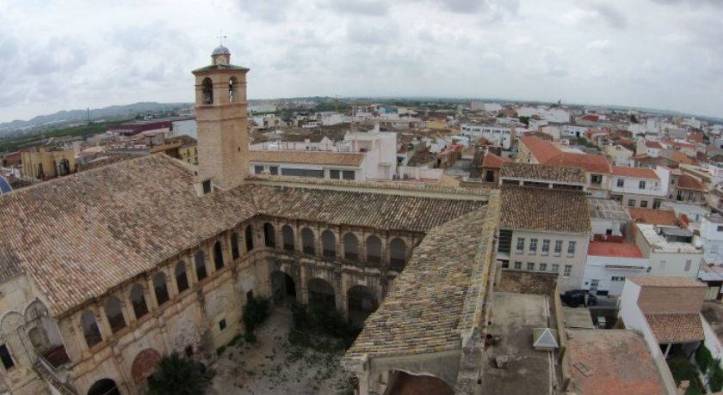 This picture was extracted from La Ribera de Xúquer.

The Clock Tower is another interesting building, that you could visit. It is located in the main square and it is annexed the town hall. This tower was built over the remains of medieval tower in the 18th century. At the base of this construction, you can see a drinking fountain where it is writing “1904”, that is the year when potable water was brought to this land for the first time. 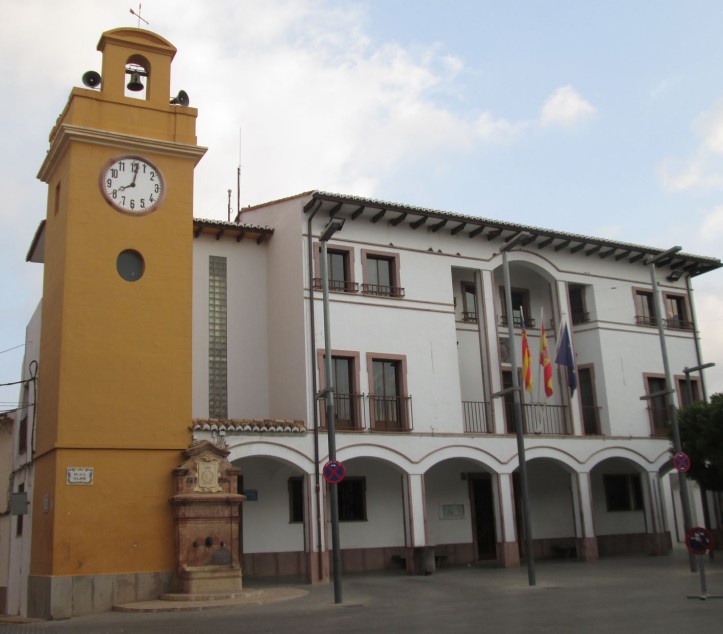 This picture was extracted from País Valencià, poble a poble.

On the outskirts of Llombai, in a residential area, you can come across the Hermitage of San Antonio which is surrounded by pine trees. It was built upon remains of an ancient hermitage which also was dedicated to Saint Anthony, in 1681. Subsequently, it was renovated several times, and curiously it was one of the few buildings which wasn´t damaged during the Spanish Civil War. If you observe the façade you can discover a small skirting board where is represented this saint and the name of this temple. Also, you can see reliefs of sacred symbols on the entrance door, a splayed window, and the gable is crowned by wrought iron cross and a bell. On the left-hand side of the façade, you can see the house of the hermit. The building consists of a single nave covered by a barrel-vaulted ceiling with lunettes. At both side, there are chapels between the pilasters. In addition, you will find a Baroque altarpiece where there is a coloured carving of Saint Anthony with his swine and he holds a silver crosier. 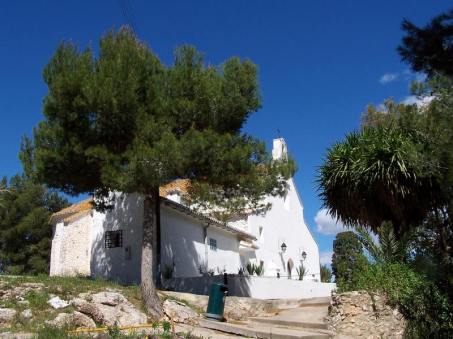 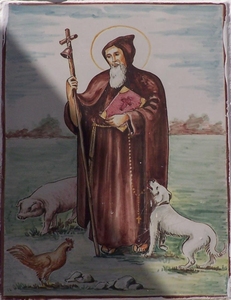 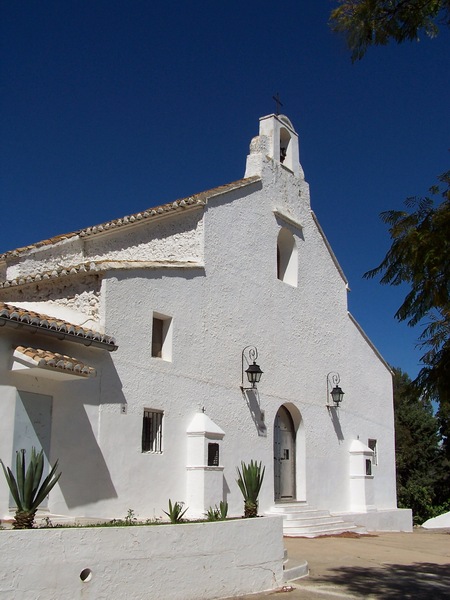 These pictures were extracted from Ermitas Valencianas

If you like Renaissance era, you shouldn´t miss the Renaissance Festival of the Borgia. It is held in January, after the festivity of Saint Anthony. It consists of several handicrafts stalls and exhibitions of ancient trades and animals, jousts, activities for children, military parades, theatrical performance, and so on. 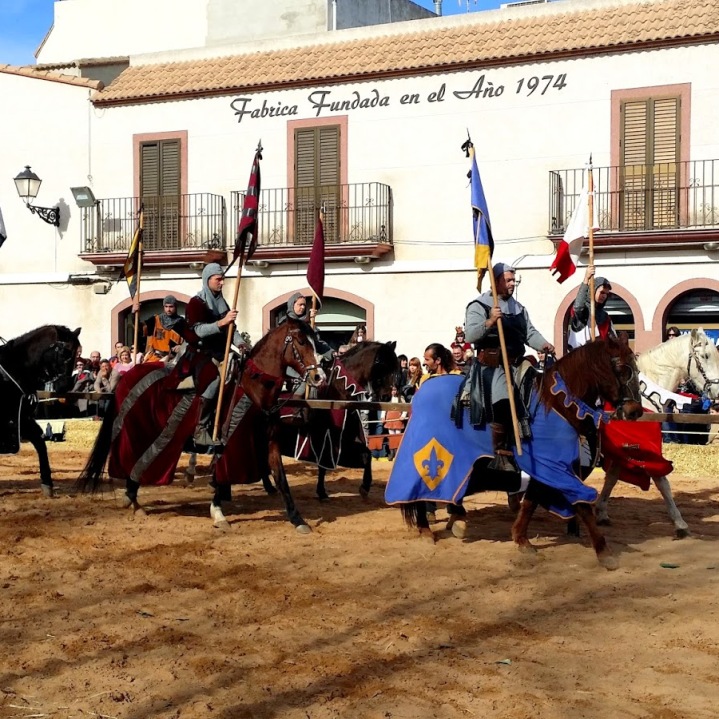 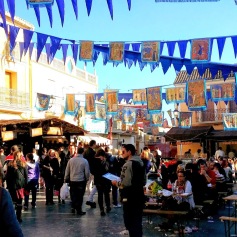 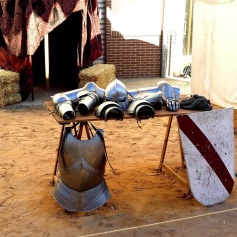 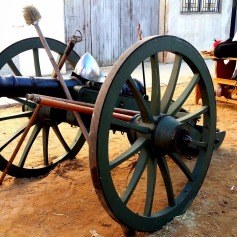 The festivity of San Antonio (Saint Anthony) is held on the 17th of January. He is the patron saint of animals, so the animals are taken in parade by their owners and they are blessed by the priest. In addition, other events are celebrated in this day, such as concerts, a bonfire is lit in the town square and fireworks.

Other important festivities are:

It takes you  about half an hour to arrive from Valencia by car. If you want to know the history of The Borgia, one of the most powerful and influential families of all times, visit Llombai! 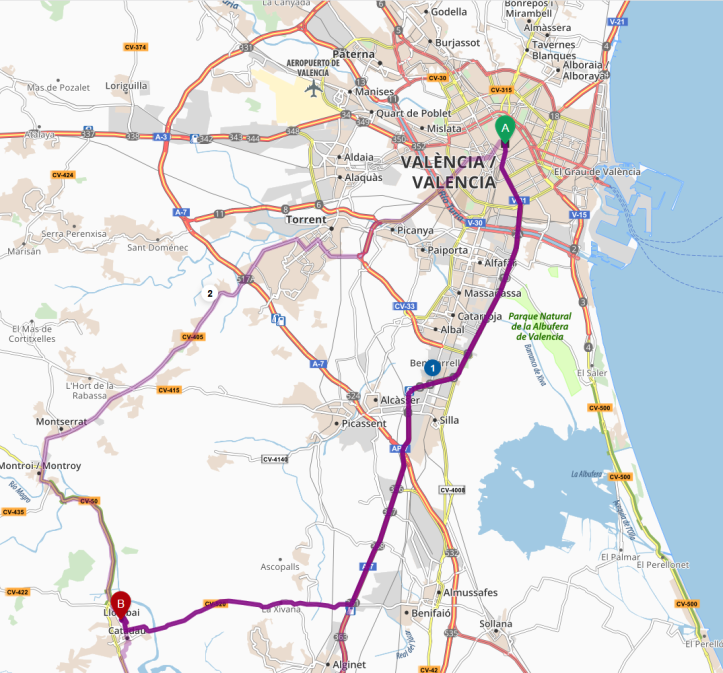