Guadalest, well-known for its castle.

Guadalest is located in the province of Alicante. It takes you to arrive 2 hours from Alicante by car or bus, but it is closer to Benidorm, the trip takes about half an hour.

This picture was extracted from Wather-Forecast

This small town has just 220 inhabitants. It was declared Historic-Artistic Site in 1974 and it is part of Los Pueblos más Bonitos de España Association. Its clobbed streets, architecture and beautiful natural surroundings are some of the reasons to visit Guadalest.

This picture was extracted from  Cycling locations

The most popular building is the remains of San José Castle which is situated on the summit of the mountain, so you can enjoy spectacular views of the valley and reservoir.  Originally it was a Islamic castle that was conquered by king Jaime I who was known as the Conqueror. Nowadays, it is not very well preserved because of most the castle was destroyed by earthquakes and the War of Spanish Succession. Nonetheless, it preserves rests of rests of wall, the cistern and its modest but interesting tower. The access is through stairs of the Orduña Mansion on the ground floor. 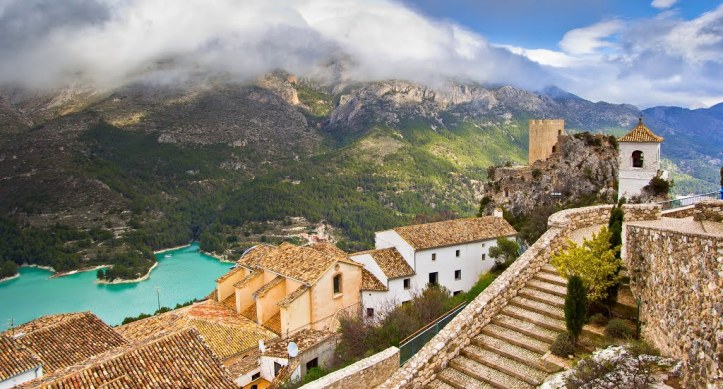 The Orduña Manor House consists of four floors and a wine cellar. The entrance gate is through a semicircular arch. In the firts room, which is quite simple, you can see pointed archs and religious paintings. After going up the staircase, you will find the archs chambers, entrance hall and the Virgin room where you can behold some religious artwork. Other spaces of this house can be visited such as the kitchen, pantry, dinning room, bedrooms, library and art galleries. In this small place is preserved a tower in ruins that belonged to the Alcozaiba Castle, an Islamic fortress which was made in the 11th century. 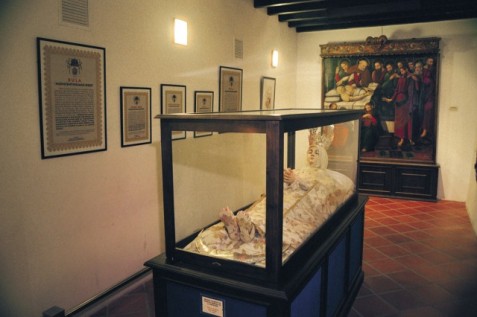 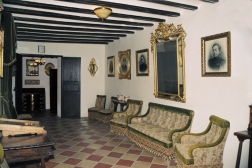 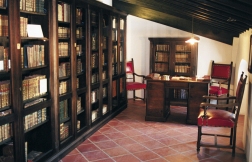 These pictures were extracted from Destino Guadalest

Next to this small mansion you will come across with Nuestra Señora de la Asunción Church whose style is Baroque. It was built in 18th century, but this religious  temple was destroyed during the Spanish Civil War (1936-1939) and was rebuilt in 1962.

This picture was extracted from Blog Manolo Cervera

Another interesting building is the ancient prision of 12th century, that is in the basement of town hall. Also you can visit peculiar museums for example about doll houses, classical cars, miniatures, salt shakers and pepper shakers, ethnology and medieval torture history. 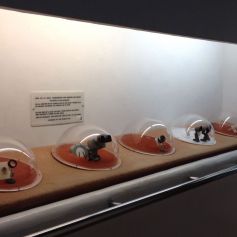 These pictures were extracted from Destino Guadalest

Moreover, this charming village is an ideal place to hike. There are two starting points from Guadalest Reservoir to Blocón Ridge. In the dam you could enjoy swimming, kayaking and lovely landscape.

This picture was extracted from Guadalest.es

This picture was extracted from Benimantell.es

In addition, you can take a solar-powered boat to go around the reservoir. The tour takes you about 50 minutes, tickets cost 6€ and it is free entry for kids under 2 years old.

This picture was extracted from Barco solar Tranco

Guadalest is a perfect tourist destination to everybody. If you want to know more about this amazing town, why don´t you come?